The Roots – and the Dilemmas – of Hungarian Right-Wing Radicalism

Írta: Rajcsányi Gellért
The Movement for a Better Hungary, or Jobbik as it is known in Hungarian, a surprisingly strong, radical right-wing party, seemingly came from nowhere. The media howled in 2009 and 2010, when, after years of Hungarian politics without radicals, Jobbik won 14 percent of the vote in the Hungarian elections for the European parliament and 16 percent of the vote in the elections for the Hungarian parliament. What is Jobbik? Did it really come from nowhere? Or is it just a new version of an old political tradition?

Right-wing radicalism has a long and stormy history in Hungary. Some of the roots of this political movement go back to the birth of modern Hungary and the days of the Austro-Hungarian Empire. In that era of progress and growth, the once separated and segregated Jewish communities won social and legal emancipation and became part of a changing Hungarian society. Jewish people were strongly represented in economic, cultural, and, later, political realms.

Some politicians sought to exploit conflicts between Jews and non-Jews and tried to gain popularity by appealing to anti-Semitism. Following World War I, Hungary experienced a short-lived communist regime called the Soviet Republic of Hungary. Some, though certainly not all, of its leaders, as well as some leaders of the previous socialist movements, were Jewish intellectuals. So, after the fall of the Soviet Republic of Hungary and the victory of the counter-revolutionary right-wing forces in 1919-1920, it was all too easy for some reactionaries to inflame anti-Semitic sentiments in Hungarian society whose vast majority had been opposed to any kind of communist revolution. From 1920 to 1945, the authoritarian, conservative regime of Admiral Miklós Horthy fought a domestic political war on two fronts against a weakened, illegal communist-leftist opposition party and a strong, radical, later Nazi-leaning right-wing opposition party. In the months of the German occupation of Hungary at the end of World War II, Horthy was forced to resign and cede power to the Hungarian Nazi party, called the Nyilas Párt, or Arrow Cross Party. Following the end of the war, radical right-wing ideologies disappeared completely from Hungarian politics, especially after the Communist takeover in 1948-49, simply because in a system that did not tolerate pluralism, there was no possibility for movements of the radical right to take part in Hungarian politics. Decades passed and, under the oppressive dictatorship of the one-party regime, radical ideologies and movements seemed to vanish from the public sphere and the common memory.

At the end of the communist regime in 1989, there was no sign of a birth of a new radical party in Hungary – except for some extremist Neo-Nazis, who remained marginal and could be found in similar incarnations in other European countries as well. The first freely elected government consisted of conservative parties. The senior governing party, the Hungarian Democratic Forum (MDF), included a group of politicians led by István Csurka, a well-known writer of the Socialist era who struck a more nationalist tone. After much political in-fighting, Csurka left the party to opportunistically form MIÉP (Party of Hungarian Truth and Life), which was the first party of any significance of the new right-wing radicals. MIÉP had almost nothing to do with the radicalism of the Arrow Cross ideology. It was, rather, a party of a kind of intellectual nationalism and anti-Semitism, whose ideology was rooted in the nationalist, "völkisch" movements of the 1930s and which attempted to mirror some aspects of Christian Socialist ideology. As a writer and political leader, Csurka was in constant conflict with the urban intellectual elite, which, according to his argument, consisted of mostly Jewish figures. Csurka's party spent four years in parliament between 1998 and 2002. Although the party was able to organize significant rallies in Budapest, MIÉP never became a real nation-wide movement. It remained a small, urban and rather intellectual party. Csurka’s death in 2012 more than likely meant the death of the party as well.

From 2002 to 2010, no radical right-wing parties were represented in the Hungarian parliament. It seemed that a kind of two-party system would evolve in Hungary with the conservative Fidesz on the right and the Hungarian Socialist Party on the left, plus some smaller centrist parties. But the long, eight-year downward spiral that was life under the Socialist-Liberal governing coalition, as well as social and demographic changes in Hungarian society, and, along the way, a global economic crisis, set the stage for the emergence of a new, radical, political force. Enter Jobbik.

Jobbik was originally a movement of young right-wing students in the early 2000s, but later – with the departure of the founding fathers – they stepped into the political arena. Jobbik joined forces with MIÉP for the spring 2006 parliamentary elections in a coalition called the Harmadik Út (Third Way) but took only a dismal 2 percent of the vote. Then, later that year, Jobbik saw a sudden spike in popularity. The reason? The infamous Balatonőszöd speech occurred in May that year just after the parliamentary elections. In that speech, the Socialist prime minister was caught on tape admitting, in profane language, to his government’s failures and their profuse lying in the re-election campaign. In the next major elections, the elections to the European Parliament in 2009, Jobbik had a banner day, capturing 14.8 percent of the vote (less than three points behind the Socialists) and finally securing three seats in the Parliament. In the Hungarian general elections of 2010, the far-right continued to capture more votes. But who are they and what do they want?

In his analysis “Contemporary Hungarian Right-Wing Radicalism,” Márk Szabó makes insightful points, which I agree with: Jobbik doesn't have a clear identity, and Jobbik has to face the democratic paradox of every radical political force: when they step into the democratic, parliamentary arena, they have to abandon most of their anti-establishment, anti-system rhetoric and politics. When we look at Jobbik's day-to-day politics, we can see it constantly balancing between the relatively more moderate and the extremist wings of the party.

According to Szabó, Jobbik is a post-modern radical right-wing party, which is based on a network system. This network brings various groups of the right-wing subculture into coalition.

Jobbik is not a one-man party like István Csurka's MIÉP. Jobbik’s leader, Gábor Vona, is not an exceptionally charismatic leader. Rather, he has risen up as a central mediator among the various power groups of the movement’s radical subculture and politics. And this point remains important: Jobbik is not merely a political party – it is a complex and vivid subculture. Being a right-wing radical in Hungary means more than just voting for a party every four years. Being a right-wing radical also implies a preference for certain sports, music genres, literature, media, and clothing. It should come as no surprise, then, that Jobbik is quite popular among youth, from the villages to the big cities, from the children of the poorer classes to the elites. Jobbik’s success among these youth is in offering something more than just politics but a sense of identity as they struggle to find their own identity in a postmodern world.

But it is not just the young who vote for Jobbik. The party enjoys popularity in eastern Hungary's poorer regions where radical politics wins easy support. This is one of the chief reasons that Jobbik’s focus is on the Roma minority, one of the most important distinctions between Jobbik and its predecessor, MIÉP. In some of these regions of the country there are increasing numbers of conflicts between Roma and non-Roma populations. Jobbik has seized upon this issue in a way that the Far-right never had before.

It is impossible to summarize the “Roma problem” in a few sentences. But Jobbik voters in economically disadvantaged eastern Hungary say some of the Roma people are not able to integrate into the majority because of their different lifestyle. They claim that many petty and even serious crimes are committed by Roma. They have lost confidence in the ability of the state and the police to maintain law and order in some villages. They argue that while Hungarians are working hard, many Roma people don't want to work and just sit at home with their many children. And they say the media with its political correctness doesn't want to understand and mediate their problems. It was Jobbik that seized upon these sentiments and translated these views into political action.

By promising to bring law and order, to force all residents to work, and to foster a better future for the Hungarian people, Jobbik won many supporters in poorer regions. Right-wing groups in uniform walked the conflict zones of these villages. There were rallies with forests of flags. There were fierce speeches including many populist promises. Jobbik, like many radical right-wing parties, in fact mixes leftist, anti-globalist, anti-corporate ideas with nationalist rhetoric. It's no surprise then that in 2009 and 2010, many Jobbik votes came from those who had previously supported the Socialists in voting districts formerly considered Socialist strongholds. Today, Jobbik vies with the Socialists to become the strongest opposition party, drawing some support from the Left but also now carving away at part of the Fidesz base.

Despite this seemingly rapid rise and current status as one of the most popular parties in the, albeit weak, opposition bloc, Jobbik appears to have reached its ceiling. The party has failed to build on the gains it achieved between 2006 and 2010. Generally speaking, it has not been able to attract Fidesz voters nor other centrist voters because of its own radical voter base. Every radical movement that achieves parliamentary legitimacy struggles to balance between its own moderate and radical supporters. So while Jobbik participated in parliament over the last two years, taking part in policy-making, submitting sometimes sound proposals to the parliament, these kinds of efforts are uninteresting to its core voters. Jobbik’s core thirsts for radicalism and in appealing to this core, the party alienates potential supporters, leaving it unable to expand its base.

Unlike MIÉP, Jobbik may become a long-term player in Hungarian politics. The ongoing economic crisis, the persistent social tensions and the dynamism of the party’s young voters will likely keep Jobbik around for a while. But they've erected their own barriers, which are inherent in the nature of their radical ideology and the limited appeal of their radical politics to the broader Hungarian electorate.

"Following World War I, Hungary experienced a short-lived communist regime called the Soviet Republic of Hungary. Some, though certainly not all, of its leaders, as well as some leaders of the previous socialist movements, were Jewish intellectuals." 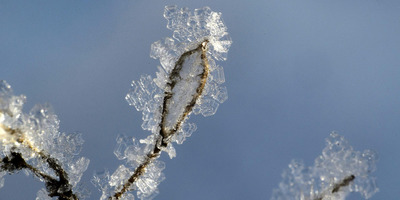 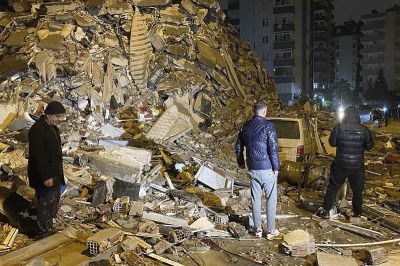 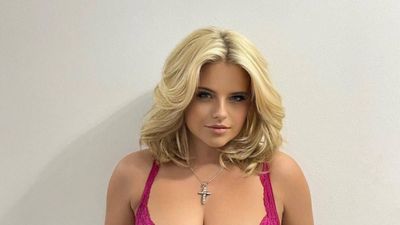 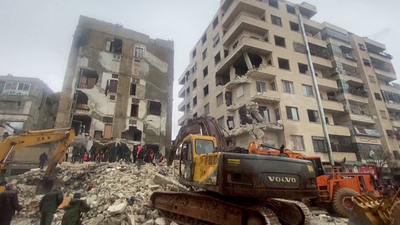 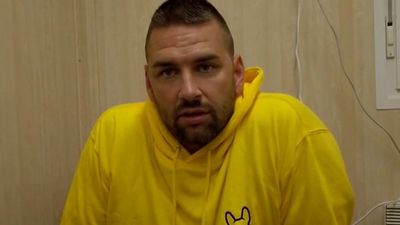 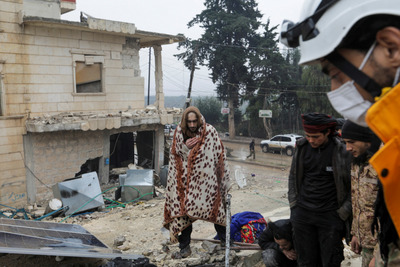 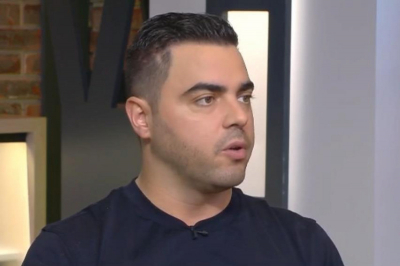 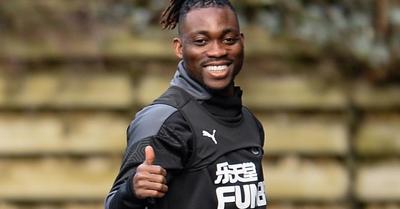 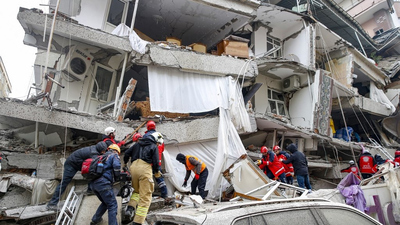 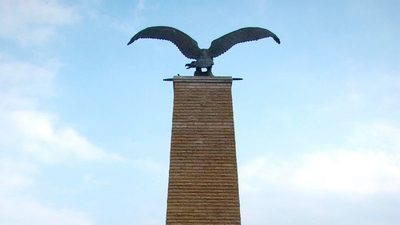 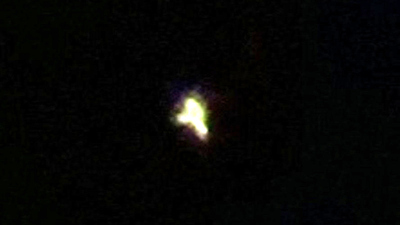 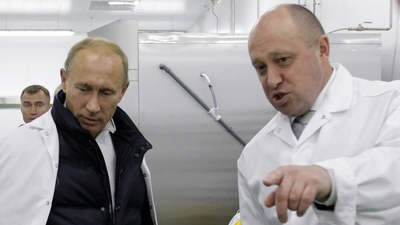