"We Heard They're All Dead" Írta: Stumpf András
Here's an amazing coincidence: Hungarian NATO pilots and their Afghan colleagues reunited unexpectedly after more than 20 years in Kabul, where human lives can depend on personal relations.

KABUL – Halfway through the briefing, Gul Ahmad left the room. Relations had been tense for a long time between the Afghan colonel and one of his American colleagues. The Afghan had been feeling humiliated. A few minutes later he returned with his gun. He killed the nine Americans in the room within seconds – eight officers and a contractor. He was quickly captured, and in five minutes he was also dead. In Afghanistan, honor is definitely worth more than human life.

The tragedy made headlines in the world press last year on April 27. The incident took place at the Kabul International Airport, just a stone's throw from the joint command of the international coalition troops, ISAF. "There, in that building," points Colonel József Koller, while parking his armored Toyota. Koller is the commander of the 12-strong Hungarian mentor group of the Afghan squadron flying the MI-35 combat helicopters, working here on the ‘Afghan side’.

This side of the airport is separated from the ISAF compound by a huge dam and barbed wire. Access is possible only through a steel gate after being searched – a rare achievement for a journalist. Five thousand servicemen live here, a substantial part of the headcount of the Afghan National Army's (or, ANA) air force (the ANA air force totals 7,000 airmen). While NATO mentors wear only their uniforms in the ISAF compound, here they walk about in their bulletproof vests and carry assault rifles.

Their task is to help and mentor the Afghans, until they become able to guarantee their country’s security on their own. The objective is beautiful, the reality grim: ‘green on blue’ incidents occur almost daily throughout Afghanistan, when the mentoree (green) attacks his mentor (blue) – seven Americans died in such attacks in August only. In early September the Afghan Defence Ministry removed hundreds of ANA soldiers from the army. The decision was related to such incidents.

The task of the international mentors is a tough one, not only because of the controversial situation of confidence: many of the Afghans speak very little of the NATO language, English, or not at all.

Colonel Koller, who is not wearing the ballistic vest, greets without the help of an interpreter Colonel Khair Mohammad, commander of the Afghan combat helicopter pilots. Of course, Koller does not speak Dari. The senior Hungarian officer and his Afghan partner speak with each other fluently in the military language of an erstwhile era: Russian. In the very heart of NATO's number one mission.

Just how this came to be makes for an interesting tale. "I could not believe my eyes," recalls Commander Mohammad on the moment when the first Hungarian NATO pilots showed up in Kabul in 2010 to mentor his squadron. "This is Alex!" He immediately recognized his former schoolmate, even though they had not seen each other for more than 20 years.

The last time they did, was in Kyrgyzstan, 1987. The pilots in training from two Soviet-dominated countries were taking courses in the capital, then called Frunze before being renamed Bishkek after 1991. Young many from all the Soviet nations were recruited to train there at the tender age of 19, and they did not only learn and fly together. They also lived together. For two full years, the rooms of the Hungarians, from the heartland of Europe, and of the Afghans, from the center of Asia, opened into the same corridor.

The Soviet training also attended to the political-ideological preparation of the cadets. After the Morse training, a political briefing was the order of every morning. Koller, also a graduate of that air force academy, remembers his surprise in 1989 when the training officer started screaming at him and the other Hungarians at the top of his voice, "What the hell are you doing??!!" Back home, Hungary had opened its western frontier towards Austria, the first cut in the iron curtain between the Atlantic alliance and the Soviet sphere of interest.

Ideological training at that time was not worth much. By the time Koller returned to Hungary in November 1989, his country was already a republic preparing for free elections. That same year the Soviets were forced to abandon the fight against the mujahedeen in Afghanistan and retreated from the country.

"We heard they’re all dead," said Colonel Koller. But this spring, when he arrived in Afghanistan (there is a four-month rotation of the Hungarian Air Mentor Team in Kabul), he also recognized a former classmate among his current mentorees in the person of Mohammad Harum Jr. Even Colonel Koller's subordinate, Major 'Zolika', who graduated from the last Soviet course in 1991, found his then friend, Asef. Major Zolika's older brother is none other than Alex, the former classmate of Commander Mohammad. The reunion came as a bigger shock to the Hungarians than the Afghans. While the Hungarians enjoyed a peaceful decade as combat helicopter pilots after graduating from Frunze and Hungary became a NATO member in 1999, the Afghans saw another murderous decade torn by the civil war until 1996, when the Taliban conquered Kabul and became the rulers of the country. Formerly on the side of the Taliban

At the end of 2001, the American and international troops ousted the Taliban supporting the terrorists responsible for 9/11, but the impact of the civil war is still felt today. Commander Mohammad diplomatically stresses, that his pilots work for one aim, in unity. However, Col. Koller mentions that one of the twenty Afghan pilot mentorees was fighting on the side of the Taliban. In fact, during the civil war, he was fighting face to face with the Colonel. By the end, no one was shooting at the other.

Today, they work together. The relations are cool, if respectful, between the two Afghan pilots, says Col. Koller, who participates day after day in their preparation. Somewhat to his surprise, it was the former Taliban warrior who swore to him: "If someone attacks you, I myself would be there to stop the bullet."

The Afghans are tough, seasoned warriors, in some cases with more than 20 years of experience in fierce fighting. Some of them have spent more hours in the air than their mentors ever will. On the other hand, hours in the aircraft do not necessarily translate into professionalism based upon international aviation standards. In this respect, they can learn a lot from their Hungarian mentors serving in the NATO alliance, who teach them planning and also aviation English.

"We could sometimes say that we learn more from them," opines Endre Maczák. The captain in his twenties could maneuver here among mountain peaks at 4,000 meters, heights that do not exist in Hungary. Moreover, Hungarian pilots had not been exposed to combat engagement since the Second World War. They saw combat for the first time here in Afghanistan.

"We flew many sorties together. Also on the Pakistani border, in Bargimatal, shooting at the rebels," remembers Commander Mohammad. "If the international troops wish to withdraw from here in 2014, they may as well go, as far as I'm concerned. But the Hungarians should stay," he adds with emphasis.

"To realize that the Hungarian pilots were corridor-mates with the Afghans more than twenty years ago, it was a real surprise to me. An amazing coincidence. These relationships are very helpful for the entire organization," says Lieutenant Colonel Joshua Bowman, commander of the Rotary Wing Squadron mentor group. He highlighted that the mission in Afghanistan was not the mission of the individual nations but of the coalition forces. In his view, that the ‘green on blue’ tragedy that took place last year claimed only American victims was not representative. The victims could have easily been from any number of NATO member states. And the ballistic vest he wears and the automatic rifle he carries are not there to defend himself against the ones he knows but against the ones he does not. "I have full confidence in the Afghan pilots, however, the danger here is always clear and present. I'm not afraid of that. I'm just prepared for it," he says. ‘I can easily be shot down’

Since October 2011, more than 2,000 Americans have died in Afghanistan in Operation Enduring Freedom, which, according to its name, is not even a war. "How you classify this mission in Afghanistan makes little difference to the soldier who was shot and killed," says Lieutenant Colonel Bowman. His statement is still timely: two American pilots died the previous day. "I can very easily be shot down when I take off with the Mi-17. So, in my opinion, it is a war."

"Victory is possible," he says, "if we do not expect a full discontinuation of violence but the Afghans to have a competent fighting force that can itself guarantee the security of people."

Although the competence of the Afghan defense force of 320,000 is improving day by day, it will be tough to achieve this goal by the time the ISAF forces leave in 2014. No one can predict what will happen when the strong ISAF protective net disappears. Without support the country's security could not be guaranteed, says Col. Khair Mohammad. An international presence may be necessary for a very long time, a point underlined by the sarcastic remark of a soldier serving on the ISAF-side of the airport: "Can we have peace here by 2014? Of course. According to the Afghan calendar, it is only 1391."

However, Zolika, his older brother Alex and Col. Koller have already won in Afghanistan. Surely, not the war itself, but a truly extraordinary class reunion by all means. More than 2,800 miles away from their homeland, after more than twenty years, with schoolmates they thought dead long ago.

(The author traveled to Kabul in September 2012.) 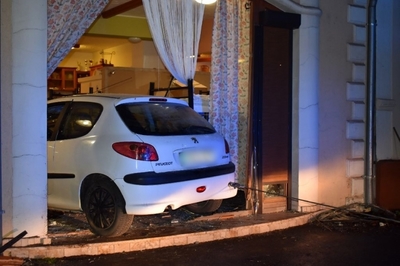 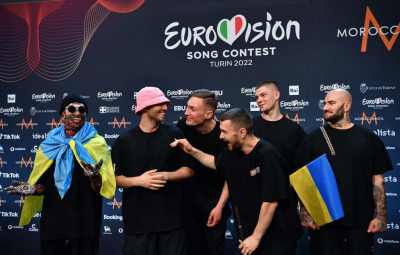 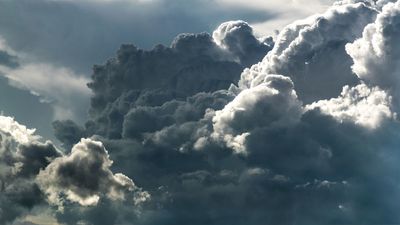 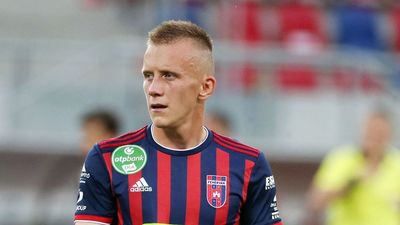 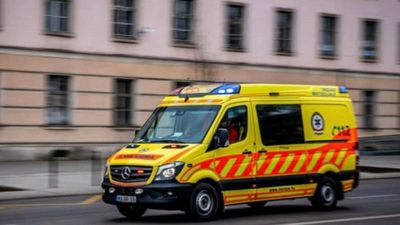 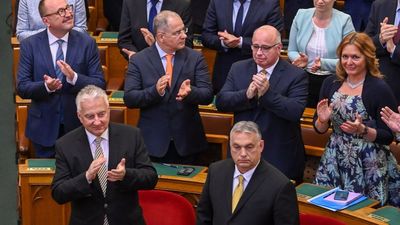 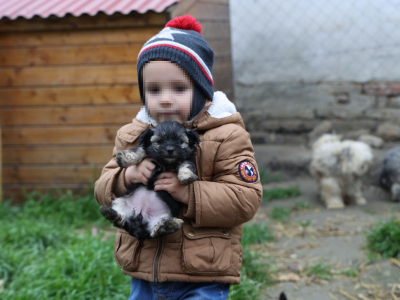 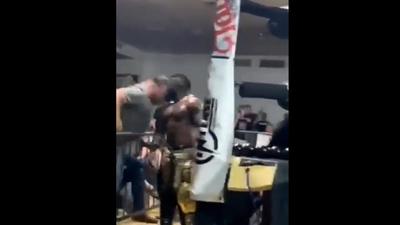 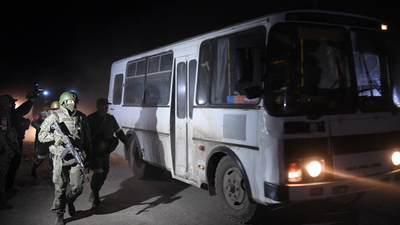 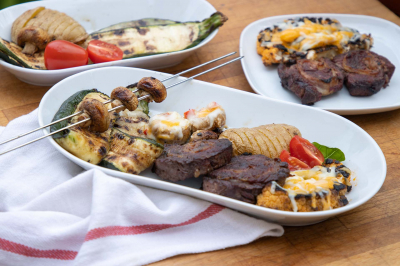 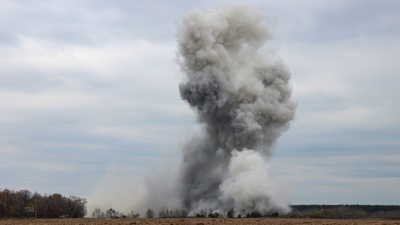 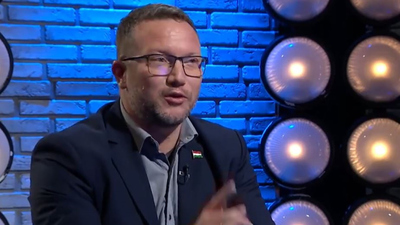